This was my first grad shoot of the season! I was, and still am, so excited about it! Karli brought her sister and her best friend, and they kept me giggling the whole time. Karli used to run in the stadium, up and down the stairs {you go girl!}. So naturally, she wanted some pictures in the stadium, and I was all “um heck yes.” We encountered a problem, however, when we discovered the stadium to be closed, leaving us with no way of getting in. But Karli, the adventurous spirit that she is, found a piece of the fence that was high enough off of the ground for her to squeeze under. So we all inched through after her! I still laugh when I think of Karli, in her pretty graduation dress and heels, literally army crawling underneath this fence haha! Then, of course, when we got in, we realized that maybe we weren’t as stealthy as we thought because the security guard didn’t seem to mind us being in there haha. You never know what you’re going to get on a photo shoot, that’s what I love about them!

Scroll all the way down to read a little about Karli! 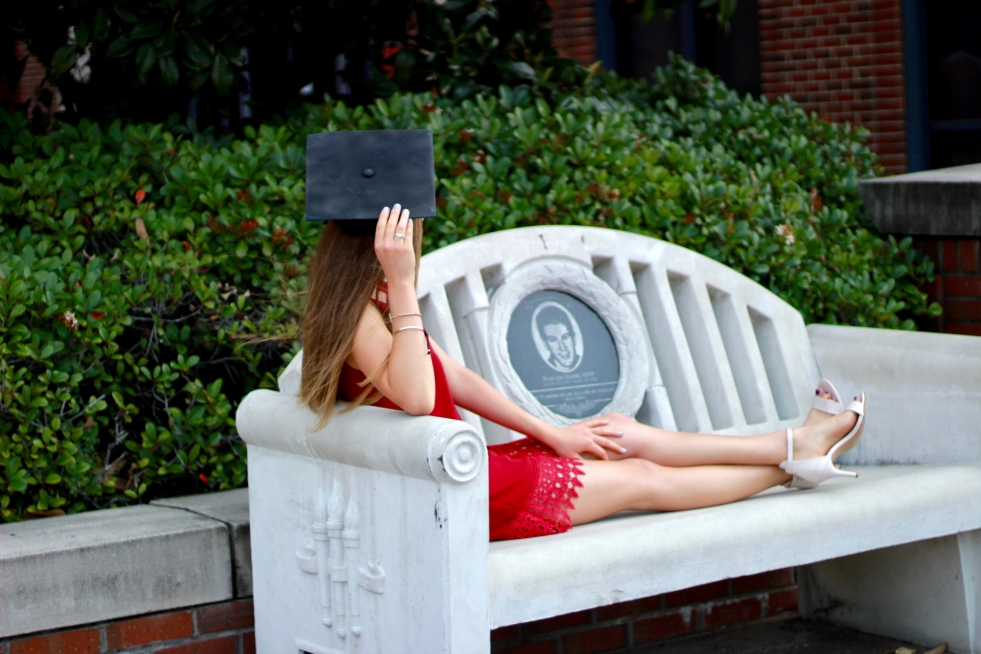 ^^ Karli being BA and climbing under the fence in her fancy dress! ^^

When was the moment that you thought “heck yeah, I want to go to Florida State”?
So this sounds a little strange, but I had a hard time deciding which college to attend; making this choice had been a heavy intention in my prayer life at the time, but I knew God would encourage me to choose the right school at the right time. About a week before official “decision day”, I went to babysit, and the sweet little boy came eagerly running down the stairs when I arrived. He was wearing a Florida State Seminoles t-shirt. I can’t explain exactly how, but I just knew in that moment that God was saying “this is it”, and I felt so at peace.

The question everyone has been asking you over and over again, what’s next?!
Ahhh, the gold question, “What’s next?” hahah. Well, the Lord is so good! Next for me is pursuing my Doctorate in Physical Therapy at the University of North Florida 🙂

What’s the best thing that happened to you this week?
This week, the best thing that’s happened to me was going to Harry Potter World and Universal Studios for the first time ever! (even though I’ve lived in Florida for 16 years). I spontaneously decided to go the night before with one of my best friends and just had so so much fun!

So, fun fact: FSU teaches students how to think creatively in all real-life situations {such as, crawling under fences to get the shot 😉 }